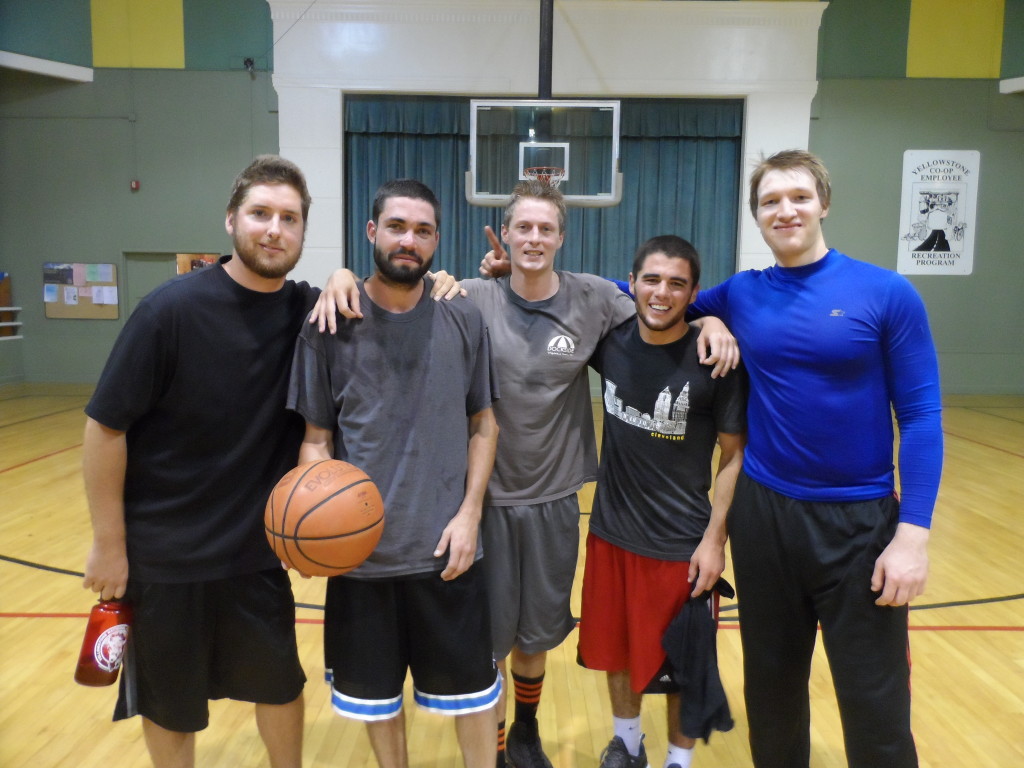 The Mammoth gym hadn’t been so loud in years.  At times the referee whistles couldn’t be heard over the cries of cheering fans.  After the initial seven teams were whittled down to two, Lake’s Norovirus and Mammoth’s Raging Elks met in the championship, a rematch of the 3 on 3 championship played earlier this summer that Lake won by a single point.

The Lake versus Mammoth rematch had been anticipated since the 4 on 4 tourney was announced.  Using the sting of defeat as motivation the Raging Elks played with a determination and fierceness that Norovirus never matched.  In two eight minute halves the Raging Elks distributed the ball and played as a team. Captain Wesley Powell led by example, hustling after every rebound and knocking down nearly every shot he took.  When the final buzzer sounded the Mammoth team celebrated a 24-6 victory with their fans.